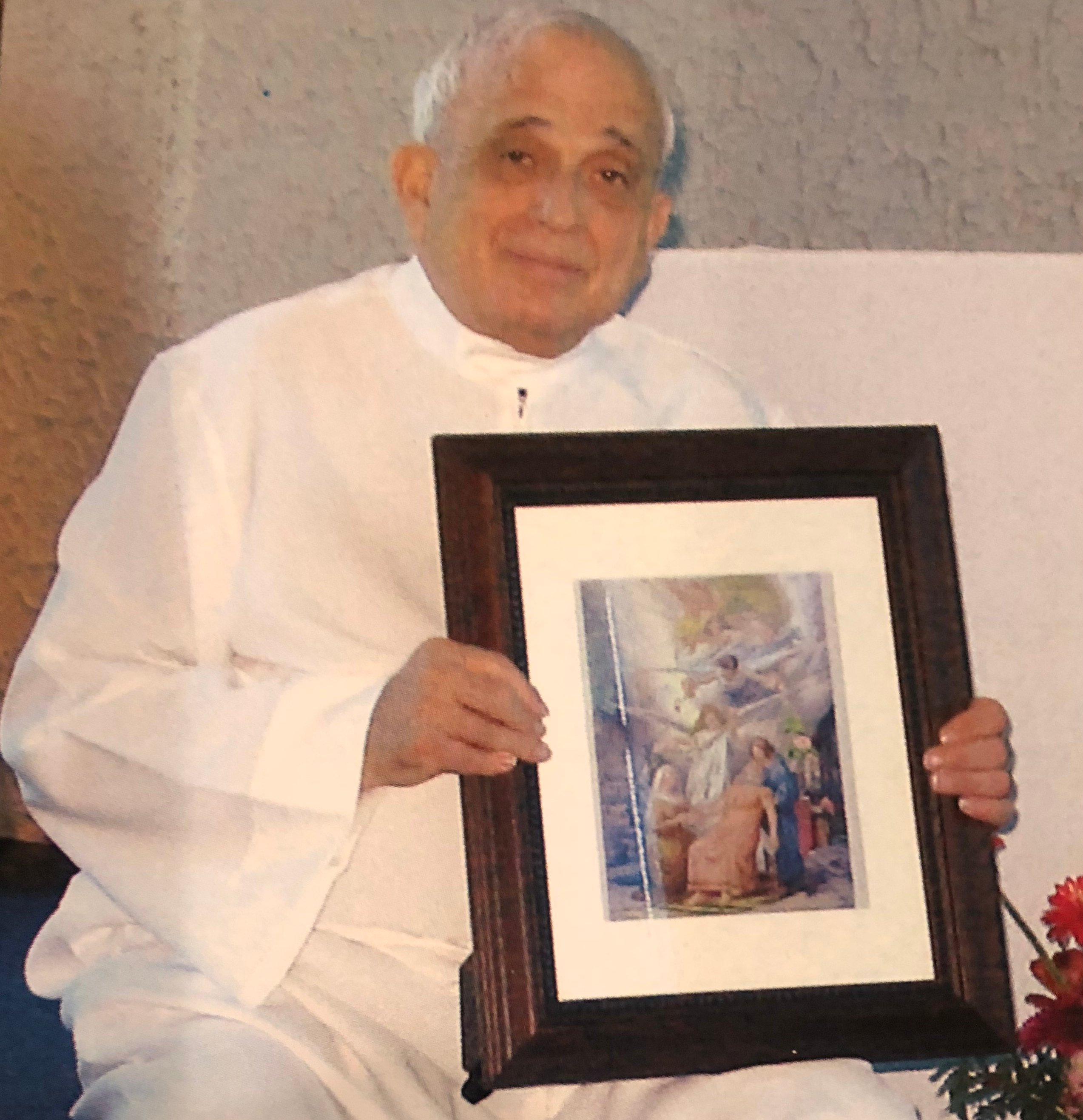 It has been announced by the Master of the Archdiocese of Washington 4th Degree District, SK Col. Micheal Thumm (USMC-Ret), that the Honoree for the 50th District Exemplification of the Patriotic Degree of the Knights of Columbus has been named.

Monsignor Joaquin Bazan, longtime Knights of Columbus Chaplain and Fourth Degree Friar will be the honoree at the Patriotic Degree exemplification that will be held on Saturday, October 20th, 2018. Registration for the degree may be completed online.  A biography of Msgr. Bazan may be found below.

Monsignor Bazan has been very active within the Knights of Columbus, serving as Council Chaplain for Prince George Council #2809 from 1970, and he plans to continue in that capacity at least through 2019! In the Fourth/Patriotic Degree, he has been the Faithful Friar for Archbishop Michael J. Curley Assembly #383 for a number of years, as well as serving as one of the Associate District Friars for the Archdiocese of Washington District.

Monsignor Bazan has assisted with obtaining homes for Alcoholics, and as of December 31, 2017, over 2,200 homes had been established!

Through all of his assignments and activities, Monsignor Bazan has given a great deal as a Holy Priest and as a Knight of Columbus, for over 56 years!