The SK J. Kemp Cook 4th Degree District Choir is composed of 18 members from the Archdiocese of Washington District who lend their voices, with a large portfolio of music, to enrich both civic and religious occasions across the Archdiocese of Washington.  The choir is most often accompanied by Lady Diane Wood who has helped to expand the scope of the repertoire of music performed by the choir.

Named in honor of Past State Deputy (and the choir's first director) SK J. Kemp Cook, the Choir keeps a busy schedule performing at Knight of Columbus Masses and Conventions, large performances at VA Hospitals and homes, and televised events across the nation.

To become a member of the Choir, the person MUST be a Fourth Degree Sir Knight, be willing to audition to determine voicing, and make a commitment to rehearse.  To join the choir, please contact the Choir Director.  To request the choir for a performance, please contact SK Charles H. Smallwood, Director (410) 535-2154 (Home) - (443) 994-5553 (cell) and/or This email address is being protected from spambots. You need JavaScript enabled to view it.  at least 3 weeks in advance of a requested performance date. 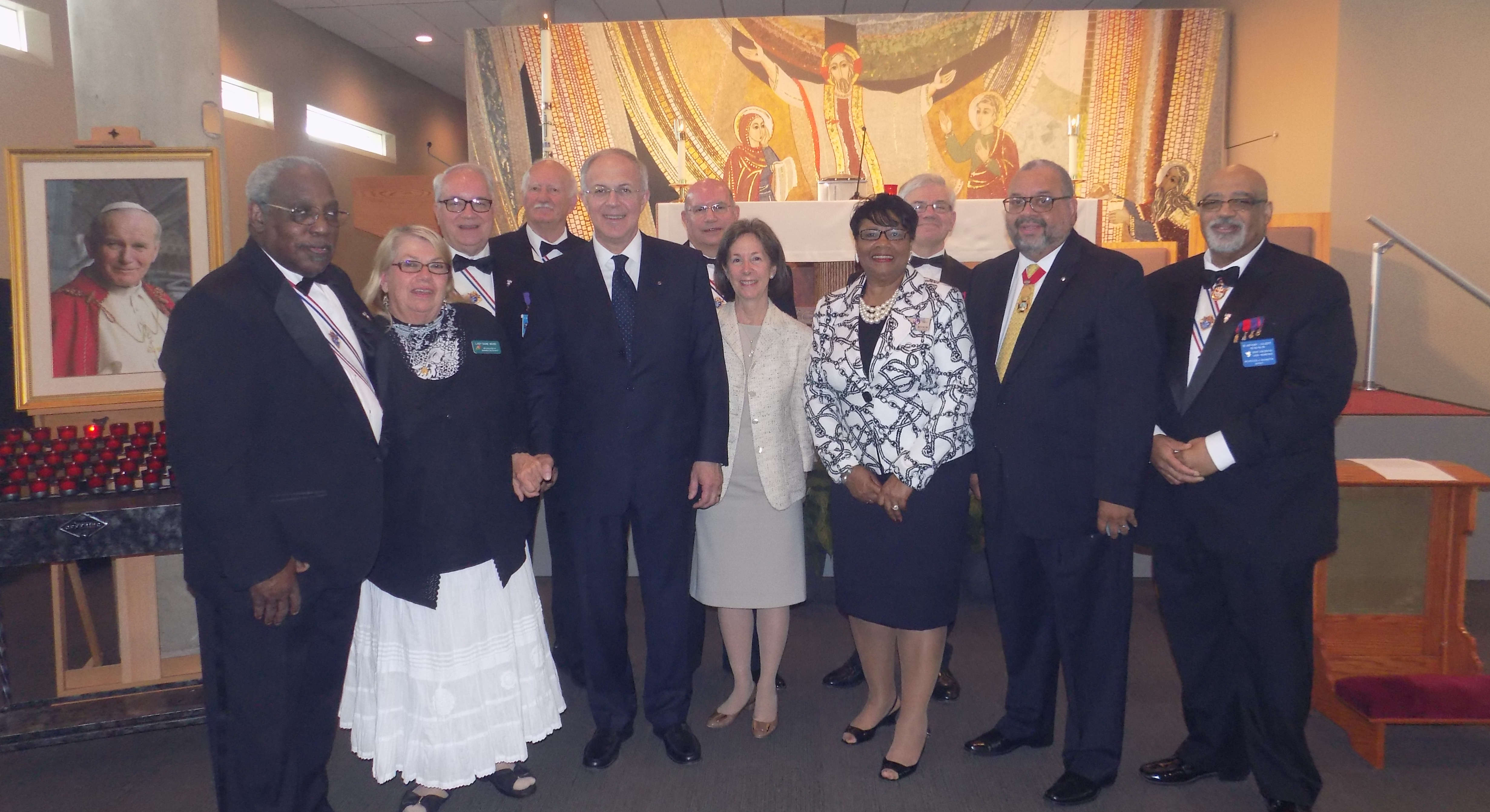 The J. Kemp Cook Choir performed in the temporary chapel at the St. John Paul II National Shrine for the DC State Council Convention in 2015. Supreme Knight Carl Anderson and State Deputy Ernest Boykin (both pictured) were in attendance for the annual Memorial Mass celebrated by the Most Rev. Donald Cardinal Wuerl, Archbishop of Washington. 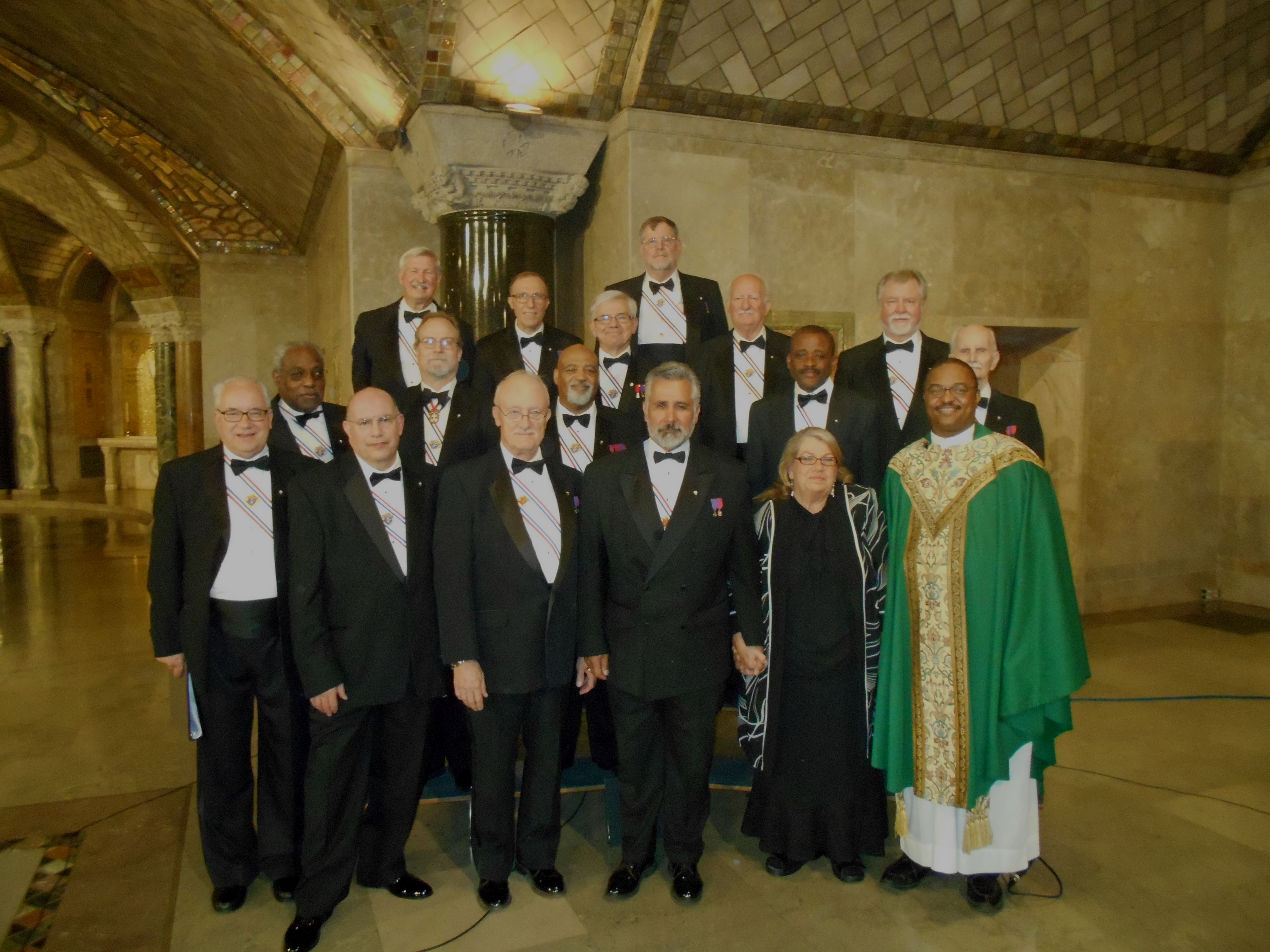 The J. Kemp Cook Choir performed in the Crypt Church at the Basilica of the National Shrine of the Immaculate Conception on September 19, 2013 for two locally and nationally televised Masses which aired on October 27th and November 10th, 2013 - the 30th and 32nd Sundays of Ordinary Time. Also pictured is Rev. Patrick Smith - State Chaplain for the District of Columbia.

The Fourth Degree Choir was first assembled in the early 1980's by SK J. Kemp Cook the Past State Deputy for the District of Columbia. At the time, the choir membership was limited to six men (as choir members received a complementary ticket to the exemplification banquet).  The originating members of the choir as we know it today performed first at the 1986 Exemplification of the Patriotic Degree at the Ramada Inn off the Beltway. Those members included: